The fact that black holes are solitons is not very well known. Abdus Salam and others outlined this issue several years ago. Stephen Hawking predicted that Black Holes evaporate, and this is a quantum effect on classical gravity governed by the highly nonlinear Einstein-Hilbert equations.

Leone Villari, Ewan Wright, Fabio Biancalana and Claudio Conti report on the possibility that all types of classical solitons may evaporate in the quantum regime. A paper in the arXiv contains the theory on the exact quantization of the nonlinear Schroedinger equation: solitons emit a blackbody radiation spectrum at a temperature given by the same formula of Hawking!

This result is intriguing. On one hand, because it represents the first theoretical prediction of the Hawking radiation in a fully nonlinear quantum field theory. The standard Hawking theory relies on the quantization of a linear field in a curved background. The theory may hence provide insights for a true quantum gravity based on the complete quantization of the Einstein-Hilbert equations.

On the other hand, the result is also important because the Hawking radiation from a quantum soliton may furnish a novel highly tunable quantum source with many possible applications.

In recent years, researchers question about the limits of the uncertainty relation.

Hints from quantum gravity theories suggest that the Heisenberg principle should be generalized.

Some considered implications in high energy physics, others have considered the mechanical motion of massive objects to look for possible tests of these supposed limits to the most important paradigm of quantum mechanics.

In a project funded by the John Templeton Foundation (grant number 58277), we consider the case of the photon, and study the possible way a generalized uncertainty principle may play a role in modern photonics, nonlinear and quantum optics.

The Quest for Quantum Gravity in Optics

The Math of Irreversibility

The ERC Proof of Concept Grant VANGUARD, acronym for Versatile optomechanicanical graphene device for bio-tissue engineering aims at the realization of a novel bio-inspired laser-driven bio-templating approach for antibacterial surfaces and for tissue engineering.

The project lasts 18 months, ends in September 2016 and is funded by 150keuros

All posts about VANGUARD activities

Press release on the VANGUARD project 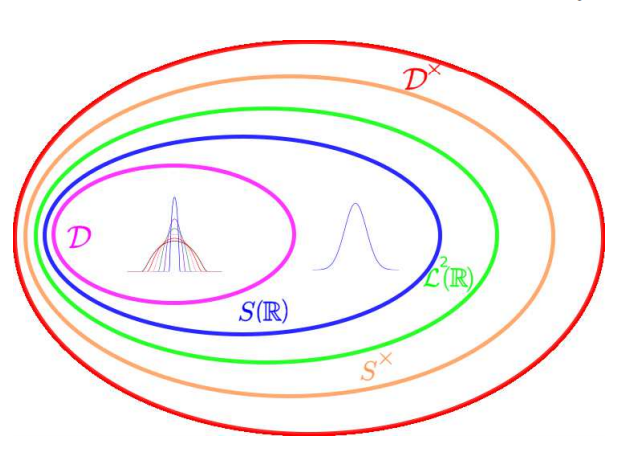 In a paper in arXiv Giulia Marcucci and Claudio Conti report on the mathematical structures of the so-called Time Asymmetric Quantum Mechanics. This theory predicts that time-travel is not possible and explain evidences as the Big Bang or the decay of unstable particles. The authors argue that possible shaping of the initial state of a system may furnish a road to validate these fascinating developments in quantum mechanics. The work also follows the experimental evidence of the quantization of the decays rates.

The picture above  shows a pictorial representation of the Gelfand triplet, the phase space of the Time Asymmetric Quantum Mechanics

We study the non-relativistic limit of quantum fields for an... END_OF_DOCUMENT_TOKEN_TO_BE_REPLACED