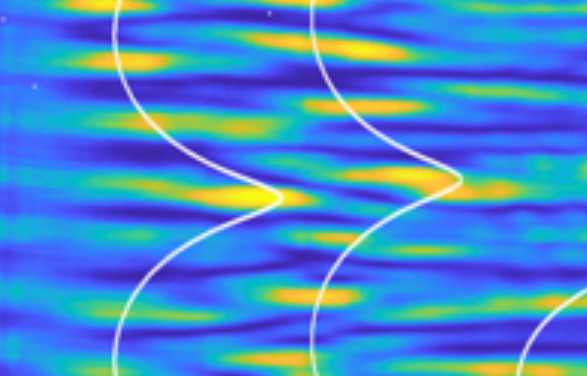 One of the most controversial phenomena in nonlinear dynamics is the reappearance of initial conditions. Celebrated as the Fermi-Pasta-Ulam-Tsingou problem, the attempt to understand how these recurrences form during the complex evolution that leads to equilibrium has deeply influenced the entire development of nonlinear science. The enigma is rendered even more intriguing by the fact that integrable models predict recurrence as exact solutions, but the difficulties involved in upholding integrability for a sufficiently long dynamic has not allowed a quantitative experimental validation. In natural processes, coupling with the environment rapidly leads to thermalization, and finding nonlinear multimodal systems presenting multiple returns is a long-standing open challenge. Here, we report the observation of more than three Fermi-Pasta-Ulam-Tsingou recurrences for nonlinear optical spatial waves and demonstrate the control of the recurrent behavior through the phase and amplitude of the initial field. The recurrence period and phase shift are found to be in remarkable agreement with the exact recurrent solution of the nonlinear Schrödinger equation, while the recurrent behavior disappears as integrability is lost. These results identify the origin of the recurrence in the integrability of the underlying dynamics and allow us to achieve one of the basic aspirations of nonlinear dynamics: the reconstruction, after several return cycles, of the exact initial condition of the system, ultimately proving that the complex evolution can be accurately predicted in experimental conditions.

Gamow, Batman and the shocks

Shock generation is a leading topic in nonlinear physics and optics. Shock waves occur whenever one enters highly nonlinear regimes either in time or in space. The origin of the undular bores is among the mysterious dynamics of shock wave generation. 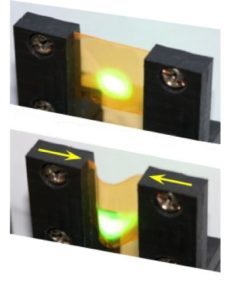 Disorder is emerging as a strategy for fabricating random laser sources with very promising materials, like perovskites, for which standard laser cavities are not effective, or too expensive. We need however different fabrication protocols and technologies for reducing the laser threshold and controlling its emission. Here we demonstrate an effectively solvent-engineered method for high-quality perovskite thin films on the flexible polyimide substrate.