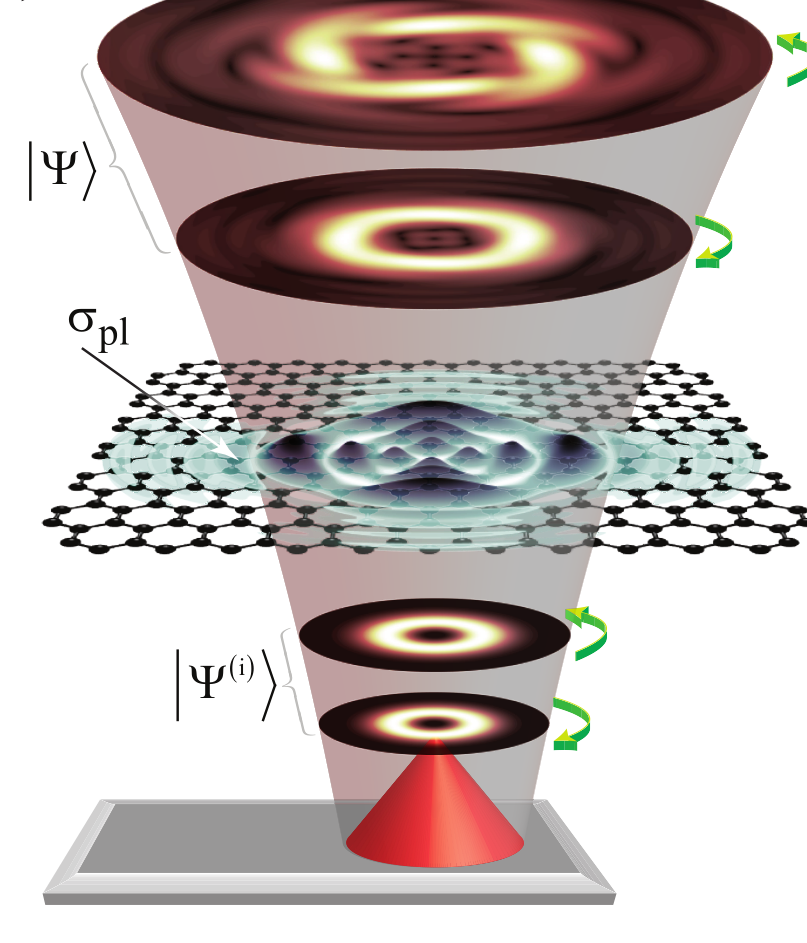 We develop a novel theoretical framework describing polariton-enhanced spin-orbit interaction of light on the surface of two-dimensional media. Starting from the integral formulation of electromagnetic scattering, we exploit the reduced dimensionality of the system to introduce a quantum-like formalism particularly suitable to fully take advantage of rotational invariance. Our description is closely related to that of a fictitious spin one quantum particle living in the atomically thin medium, whose orbital, spin and total angular momenta play a key role in the scattering process. Conservation of total angular momentum upon scattering enables to physically unveil the interaction between radiation and the two-dimensional material along with the detailed exchange processes among orbital and spin components. In addition, we specialize our model to doped extended graphene, finding such spin-orbit interaction to be dramatically enhanced by the excitation of surface plasmon polaritons propagating radially along the graphene sheet. We provide several examples of the enormous possibilities offered by plasmon-enhanced spin-orbit interaction of light including vortex generation, mixing, and engineering of tunable deep subwavelength arrays of optical traps in the near field. Our results hold great potential for the development of nano-scaled quantum active elements and logic gates for the manipulation of hyper-entangled photon states as well as for the design of artificial media imprinted by engineered photonic lattices tweezing cold atoms into the desired patterns.

News and Views on Nature Photonics by Claudio Conti and... END_OF_DOCUMENT_TOKEN_TO_BE_REPLACED