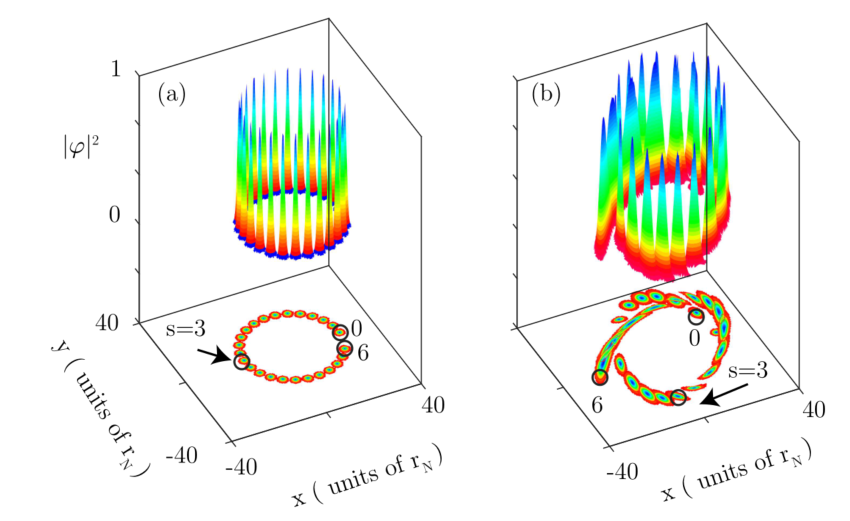 Modified uncertainty principle and non-commutative variables may phenomenologically account for quantum gravity effects, independently of the considered theory of quantum gravity. We show that quantum fluids enable experimental analogs and direct tests of the modified uncertainty principle expected to be valid at the Planck scale. We consider a quantum clock realized by a long-lasting quantum fluid wave-packet orbiting in a trapping potential. We investigate the hydrodynamics of the Schr\”odinger equation encompassing kinetic terms due to Planck-scale effects. We study the resulting generalized mechanics and validate the predictions by quantum simulations. Wave-packet orbiting generates a continuous amplification of the quantum gravity effects. The non-commutative variables in the phase-space produce a precession and an acceleration of the orbital motion. The precession of the orbit is strongly resembling the famous orbital precession of the perihelion of Mercury used by Einstein to validate the corrections of general relativity to Newton’s theory. In our case, the corrections are due to the modified uncertainty principle. The results can be employed to emulate quantum gravity in the laboratory, or to realize human-scale experiments to determine bounds for the most studied quantum-gravity models and probe Planckian physics.

Call for abstract : Deadline 31 January 2019-DisoMAT-Call for AbstractsDownload The study and exploitation of disorder is a vital research area in the broader field of material science. Structural and compositional randomness is ubiquitous in nature, and is often key tool for specific purposes, as mimicry or colouring.